Adam Blumenthal is an interactive media designer with a specialty in virtual reality, a field in which he has been conducting R&D since 1990. Adam's first appointment at Brown University was in 2016 as Virtual Reality Artist-in-Residence, co-sponsored by Brown Arts Initiative and the Center for Computation and Visualization. In 2018 Adam received an appointment as Associate Professor of the Practice in the Department of Computer Science. 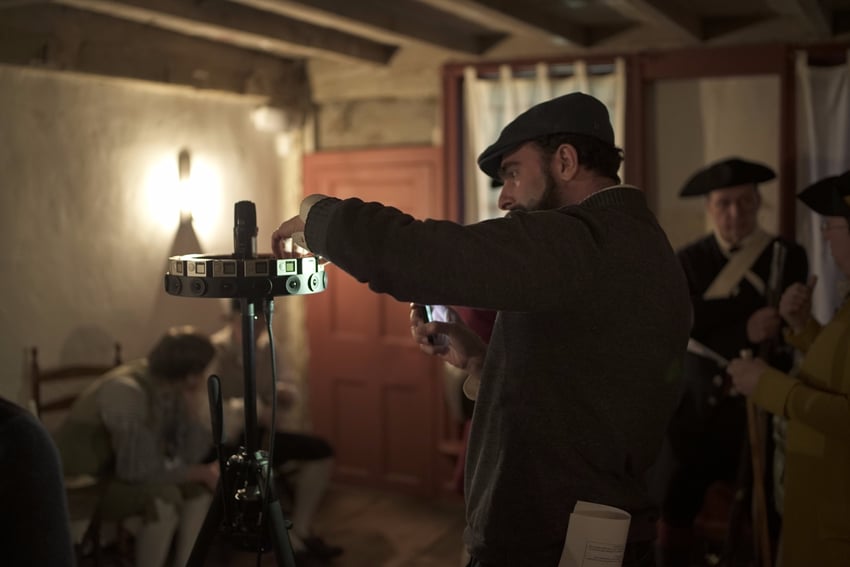 For twenty-five years Adam has been designing and building innovative digital media experiences with the world's best-known brands. He is a Partner at Nucco, a UNIT9 studio, named by AdAge as the world's best production company for their work in advertising and media in 2019, and Campaign Magazine's Technology Company of the Year in 2020 and 2021. Adam leads a production group that builds digital experiences for learning, health and wellness, and social impact.

Adam has led teams in the design and development of innovative digital media projects with Google, The Metropolitan Museum of Art, Ford Foundation, Columbia University, Duke University, Arizona State University, Sony, Samsung, Nike, and the Grateful Dead, among many others.

Work produced under Adam's leadership has won numerous awards for creative excellence and business effectiveness, and has been covered by publications such as The New York Times, The Wall Street Journal, Forbes, NPR, and Rolling Stone.

Adam is a frequent speaker and author on the topic of digital innovation. In the Fall and Winter of 2016, during the Obama administration, Adam was a 3-time guest of the Executive Office of the President of the United States for summits on transforming American education with innovative digital tools.